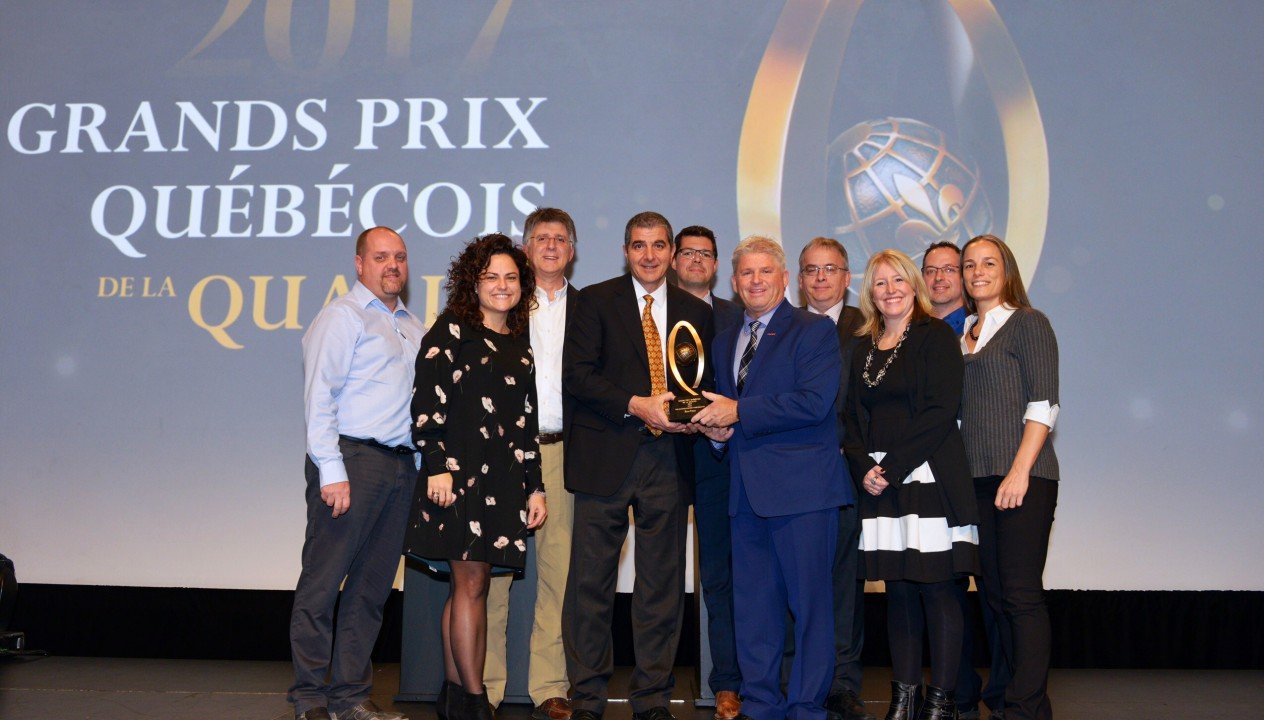 Saint-Georges, November 17, 2017 – For the second time in a row, Boa-Franc, manufacturer of the Mirage brand of superior quality prefinished hardwood floors, has received the highest award bestowed by the Quebec government on businesses and organizations that successfully apply best business practices.

A Grand Prix in the small to medium-size independent manufacturing company category was presented to Boa-Franc in a ceremony at the Palais des congrès de Montréal on Thursday, November 16. This award is on par with the Malcom Baldridge National Quality Award in the United States.

The award recognizes organizational excellence and outstanding results, but Boa-Franc was further singled out by the jury for the quality of its strategic planning process and its attentiveness to both customers and markets.

“I'm accepting this award on behalf of all our employees, clients, and suppliers, who share the same dedication to quality that's been driving our organization since it was founded 35 years ago,” said Boa-Franc executive vice president and CEO Jacques Beaudoin, who came forward to accept the prestigious award for Boa-Franc president Pierre Thabet and Boa-Franc's 475 employees. “It's proof positive that teamwork, continuous improvement, and making everyone accountable for quality really do pay off.”

The company has been piling up distinctions for quality in recent years. Retailers and other flooring professionals have voted it number one for quality over 27 times in surveys conducted by trade magazines, while it was named Best Employer in Canada in 2016 and 2017, took gold at the 2013 Canada Awards for Excellence, and got top honors at the 2012 Grands Prix Québécois de la qualité Awards.

The Saint-Georges-based company will celebrate its 35th anniversary in 2018.